We wrote in the past an AstralInternet.com review, but we felt that it would useful to go more in depth about their virtual private servers. When it comes to VPS in Canada, website owners have quite a few options to choose from if they’re willing to look around. If you want a web host that specifically caters to French-speaking customers, look no further than AstralInternet. Their VPS solutions pack a punch at a price that’s nice.

Like most VPS hosts, AstralInternet offers Linux users a choice between CentOS, Ubuntu or another distribution of their choosing. Storage space ranges from 20GB to 2TB while available memory runs the gamut from 512MB to 16GB of RAM depending on how much you’re willing to pay. You can also choose to use up to 4 processors, from 100GB to 1TB of monthly bandwidth and up to 50 separate static IP addresses. Finally, Astral’s Linux VPS instances come equipped with the always-welcome cPanel if you like hassle-free administration.

If you’re more comfortable with Windows, you can fire up a VPS running on Windows Server 2003, Windows Server 2008 R2, Windows Server 2012 R2 or the operating system of your choice in no time flat. As with the Linux VPS offerings, you’ll get from 20GB to 2TB of storage, up to 16GB of RAM and as much as 1TB of bandwidth. In addition, you can have either assisted or unassisted backups for a small fee. Since it’s a clean VPS foundation to build on, you can add any software you’d like as needed and administer it with Plesk or Helm.

In the performance department, AstralInternet stacks up nicely against the competition thanks to its robust hardware infrastructure. It’s a particularly appropriate host for Canadian-based sites that have mostly Canadian or North American audiences due to optimal datacenter placements. The nice thing about AstralInternet is that they allow you to beef up your server performance in a granular fashion to meet web traffic demands as needed. Historical reliability is quite impressive considering the fact that they’ve managed to achieve 99.97% uptime since December 28th, 2010.

While Astral boasts the typical support avenues such as 24/7 email assistance and a ticket system, they’re not famous for their hyper-responsive customer service. That’s not to say that they leave their customers flapping in the breeze. However, Astral relies more on their extensive knowledge base of published online documentation to help customers sort out their technical issues. After all, seasoned VPS users should know their way around common web administration front-ends like cPanel without a lot of hand holding.

When it comes to AstralInternet’s VPS prices, they deliver the goods at an attractive rate for the most part. Linux packages start at $34.95 CAD per month while Windows VPS plans start off at $49.95 CAD per month. That’s not bad at all considering the minimum specs you can expect. Ratcheting up the firepower even further can be done piecemeal for a few dollars a month for any given feature without breaking the bank. Long story short, Astral is more than competitive on price when compared to other comparable VPS providers.

AstralInternet 30% VPS Discount
You will receive a 30% discount on your first monthly bill of a virtual private server with Astral Internet when you use this exclusive coupon code.
WHR30vps
Click To Open/Copy

Webmasters that are looking for a host that delivers plenty of value for their dollar whether it’s Canadian or American should give Astral a serious look. For more than a decade, they’ve delivered exemplary service in two languages for Canadian customers. More importantly, they allow webmasters that know what they’re doing to quickly launch powerful sites with little interference and just enough support. If you’re interested in a bargain VPS host without the pretense, they’re a viable North American option worthy of your consideration. 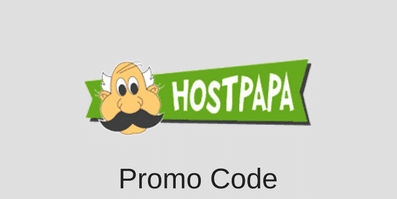 Get a 70% discount and a FREE domain name with your HostPapa.ca web hosting plan with this HostPapa.ca promo code.
Use This Coupon